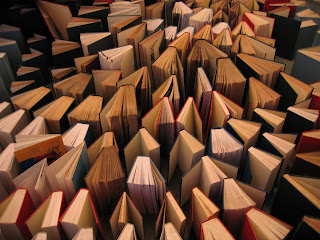 What judges like best
This news from America about the online version of court opinions being the "official" version reminded me of a situation we have here in Scotland, although in this case it's about acceptable electronic versions for submission to the court.


"reported in a series of reports by means of a copy of a reproduction of the opinion in electronic  form that has been authorised by the publisher of the relevant series, provided that the report is presented to the court in an easily legible form and that the advocate presenting the report is satisfied that it has been reproduced in an accurate form from the data source."

What actually happens is that no-one is willing to risk their submissions being rejected by the court because they don't accept the electronic version to be a true copy of the printed form. If that happened, it would lead to a costly delay while the work of sourcing and replicating hard copy of the relevant cases has to be carried out. I haven't had experience personally of electronic versions of cases being rejected (probably because we don't take the risk of submitting them as anything other than a photocopy from the original!), but I have heard that various judges and sheriffs don't look too kindly upon the idea of electronic case reports being submitted to them.

So, instead, seven years after the Practice Note was issued, everyone still continues to photocopy hard copies of case reports, and nobody wants to risk being told to go back and get a "proper" copy of a report.

The only good thing about this is that legal electronic database suppliers have taken the useful step of providing some of their case reports as a pdf scan of the original document, which the courts will happily accept, as it's no different than a photocopy. Of course, that's only useful if you can afford to subscribe to all the databases you need...