As Scotland celebrates 500 years of printing, editors David Finkelstein, Bill Bell and Alistair McCleery reveal the remarkable contribution to publishing and literary culture made by Scotland over the last 120 years - a period covering momentous change in writing, publishing technology, bookselling, readership and, of course, book festivals." 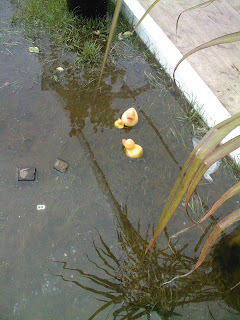 We also appeared to have taken seats in the Fly Death Zone – directly under the lighting gantry for the stage, so kept finding fried fly bodies on us, in our drinks, or dazed flies staggering over us…
Interesting slide show, lots of fascinating images that had been selected from those used in the book: historical newspapers, pamphlets, the presses themselves, typesetters at work, etching  illustrations onto printing plates, people reading in photos, etchings and paintings, a child reading the Broons, old Edinburgh...and all of us left wanting to know how the elephant got into the library, as shown in one slide!